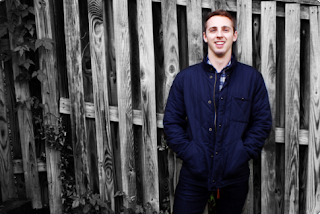 The author spotlight shines for the second time in three days, following up a list of interviews of bright, unique literary minds. Next up, is upcoming author and Virginia Tech alumnus, Patrick Johns.

EA: Tell us about your upcoming book.

PJ: Junkland is the first book in The Hoarding series. It is about O’Jahrys Grent, a young boy from Palor, who has only one dream: to become a knight. While he works in his father’s shop, he daydreams of fearless knights from tales long ago. He longs to save a princess from treacherous outlaws, overthrow cruel kings, and explore the lands beyond the Farrest Sea and the Western Mountains.

O’Jahrys believes that a knight fears nothing— until the Hoarding comes to Astenpoole, and he experiences fear firsthand. With his family gone and his home destroyed, O’Jahrys is one of many whose life is turned upside down when he is abandoned outside the castle walls by the once loved King.

In order to survive, O’Jahrys is forced to become a Retriever, locating things beyond the castle walls in the Junkland for inhabitants of the castle. When one mission puts him and his friends in danger, he realizes the only way to stop the Hoarding is to get into the castle and find the mysterious princess he had fallen in love with three years before.

EA: What inspired you to write it?

PJ: My parents took my brothers and me to see Aladdin on Broadway in January 2016. Aladdin has always been my favorite Disney movie, and after seeing the play, I was so inspired to write something just as strong, just as powerful, and just as meaningful. I wanted to write something that connected to people, and more importantly, I wanted to write something that was true to myself.
A few days after seeing the play, I saw an emergency light in a stairwell. It caught my attention because it looked like it would make a good Disney character. The emergency light had a tiny, square body with two bulbs protruding from the top that resembled large, innocent eyes.

Later, I sat down and studied the photo of the emergency light I had taken. I thought, what kind of setting could I see this guy in? It took no effort discovering the answer — this guy belonged in a world covered in junk. With the influence from the play still bubbling in my mind, I whipped out a notepad— my cellphone — and began to write an outline of a story in a junkland. The outline came effortlessly to me. I read it through once, thought it was perfect, and I did not hesitate to begin writing. Now, a year and a half later, (and almost twelve drafts in!), comes a story completely different from my original outline — Junkland and The Hoarding series.

EA: Were there any authors who motivated you to become a writer?

PJ: Oh yes! George R. R. Martin is definitely a huge influence. His story structure, character development, plot twists, and his power of killing his characters is exactly the kind of story telling I enjoy most, and have always been interested in myself, even before I discovered him.

J.K. Rowling is another huge influence for me. Harry Potter is still a big part of my life. I am twenty-five years old, and I am still waiting for my letter from Hogwarts! She did an unbelievable job creating the Wizarding World with relatable and unforgettable characters. She created a world that was dark, but also fun, witty, and beautiful. After numerous times rereading the series, I am now trying to read it in Spanish!

Michael Crichton is another influence. I played with dinosaurs my entire childhood, and Jurassic Park will forever be my favorite book and movie. Michael Crichton does such a great job creating page-turning thrillers that have your heart racing from start to finish.

EA: Was writing this novel an easy process?

PJ: Not at all! I can’t even tell you how many hours were put into this, along with all the early mornings and sleepless nights. I know I said the outline came effortlessly to me, but once I realized I had a story, things got real. A simple idea suddenly turned into an Epic Fantasy. I had no control over it. The story kept expanding and expanding and expanding. I realized I had to make maps, family trees, timelines, character motives, and most importantly: story outlines.

Thankfully, I had a lot of help from friends, family, and the writing community. Honestly, without their help, motivation, and support, this book would never have been completed. It is important to keep those kind of people in your life. When I was down in the dumps about my book, a friend would always text me out of the blue asking how the book was coming and to keep it up. It was as if he or she felt a disturbance in the force and knew I needed that moral boost to keep things in balance and moving forward.

Another thing that helped me was running. I was training for a marathon while I was developing this story. Whenever I was stressed about things like not knowing what to name a character, or how to fill in a plot hole, I would save it for my marathon workouts. When I would go running, answers would come to me; it was incredible. The only problem was, I would think of a great idea, and I would be fifteen miles away from being able to write it down.

EA: Do you have any upcoming projects after the release of Junkland?

Yes. After Junkland is completed, I will begin to write the second novel in the series. I have two more books lined up in The Hoarding series. I also have another series idea lined up which I am really excited about. As of now, it is called The Other Level, which will be more of a Sci-Fi series.

EA: What are you looking to accomplish overall as a writer?

PJ: We live in a very interesting time where imagination is both limited and boundless. I feel imagination is important now, more than ever, especially in this digital age. We need original stories. Stories of heroes we believe in. Stories that influence and make us better people. And stories that get us through tough times. Life is hard and we can’t get through it alone.
What I want to accomplish as a writer is having my stories connect to readers from all over the world— if I could connect with one individual out there in the world, my job will be complete. I want to take people away to forget about their personal problems and bring them to unforgettable worlds. I want to take them on an adventure. I would also like to see my stories on the big screen or even as a television series. I think that would be so cool to watch something I created!

EA: Finally, tell the readers why Junkland is a must buy and will be a worthy read.

PJ: Because I have read it twelve times, and I'm still in love with it! But in all seriousness, Junkland will take you on a compelling journey full of adventure, hope and betrayal, friendship and romance, and what it truly means to be a hero.

I can definitely relate to struggling to come up with an idea on what direction I want to go next with a character or story, and when something comes to me, I'm in a situation where I'm unable to write it down. That happened to me plenty of times when I was working at Wal-Mart.

I can also relate to the desire and thought of one day seeing your work come to fruition on the screen, whether it's TV or the silver screen. I would like to thank Patrick for taking the time to speak with me. His first novel, Junkland is set to release in August. For more on Patrick, visit his website and social media pages in the links below.

Hello and welcome to the Literature Lounge. Today's guest is an aspiring writer from Lebanon. She released her debut novel Red Circu... 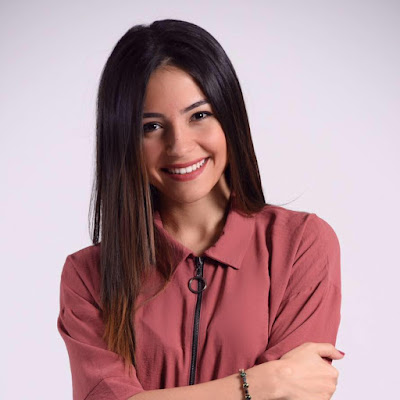 Edward Anthony
Edward is a writer, novelist, and of course, a blogger. His first novel, Taylor Made, was written in 2015, followed by The Execution of Priscilla in 2016. His third novel, Rebecca, was released in mid-January, and his most recent work is his first non-fiction/motivational book, MAIN In addition to being an author, Edward is also an Editor, Interviewer-- having interviewed over 70 authors.